Dead Pixels comes to us from the uncommon mind of John Common, Chief Executive Sole-Employee of CANTSTRAFERIGHT Studios. Showing a level of brilliance last seen in the guy who invented the Reese’s Peanut Butter Cup, John dared to mix the great tastes of the classic NES street brawler River City Ransom with modern cult-classic Left 4 Dead.

Dead Pixels is presented as a late night low-budget network tv horror movie complete with film grain and ratty edges. It has a great little (skippable) intro that explains the whole plot of the game. From the word go it’s plain to see that Dead Pixels doesn’t take itself too seriously and parody is a big part of the game. Weapons are named after well-known horror game protagonists, bill boards and sign marquees are almost all references to other games in the genre as well. Also it appears that every merchant has taken speech therapy classes from the mysterious Resident Evil 4 shopkeeper.

As for game play, there’s a lot of variety and although there’s only 20 levels (called streets), each street (and its shops, lootable buildings, zombie spawn points, and time of day) appears to be dynamically generated. Don’t be lulled into a false sense of security that you just can rely on your ol’ pals pattern recognition and muscle memory. This is the thinking man’s $1 8-bit zombie street brawler game. As you advance through the streets, you’ll begin to fret over every bullet fired. Then you’ll make a mistake or two, and finally comes the not-so-startling revelation that your character does melee damage like a distracted paraplegic. May I suggest that on your next play through, you go with the buddy system? That’s correct my friend, warm up that 2nd controller cause this baby’s got couch co-op! 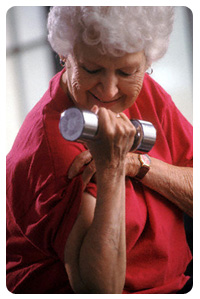 One of the results to the Google Image Search "Guys high-five on couch".

Like any good console game, Dead Pixels has DLC too. CANTSTRAFERIGHT has done the right thing and promised free DLC when purchase milestones are met. So far the 4000 sales goal has been met, and free DLC pack ‘THE SOLUTION” is currently in development. A new game mode called “THE LAST STAND” will begin development when 10,000 people pick it up.